(CNN)As a nurse practitioner, Wanda Liddell knew it was a medical emergency when she saw one of her patients struggling to breathe last month. But in her backcountry town of Cross City, Florida, the ambulance took 30 minutes to arrive. Even worse, it was another 45 miles to the nearest hospital.

Liddell faces this situation often and always wonders, what if?
She is one of many medical providers working in towns 30 miles or more from a hospital, a distance that can make the difference between life or death.
The recent debates over the Affordable Health Care Act raised concerns that millions of Americans could lose access to health care. But already, there are many Americans who live in areas where critical-care services are lacking. A recent study estimates that nearly 30 million Americans don’t live within an hour of trauma care. And a CNN analysis found that residents living in 16% of the mainland United States are 30 miles or more away from the nearest hospital.
Dr. Jeremy Brown, director of the National Institute of Health’s Office of Emergency Care Research, said treatments for heart attacks and strokes are most effective when done quickly.
“Every minute that you can get the patient into treatment sooner will represent some brain cells that are saved,” he said.
In fact, the rate of accidental deaths — adjusted for age — was nearly 50% higher in rural versus urban areas from 1999 to 2015, according to data from the Centers for Disease Control and Prevention. The CDC says distance to emergency rooms was a key factor.
The problem has been exacerbated as rural hospitals struggle to stay open. Since 2010, 81 rural hospitals have closed in the United States, according to a rural health research program at the University of North Carolina. Another 673 rural hospitals are vulnerable to shutting down.
Areas without hospitals are called “hospital deserts.” The deserts are biggest in Western states. In Nevada, for instance, there are only 13 hospitals providing critical-care services to rural areas. The 2,400 residents of Tonopah, Nevada, who live halfway between Las Vegas and Reno, must travel more than 100 miles to get to a hospital. It was one of the most extreme examples that CNN found outside of Alaska.
Jessica Thompson, a registered nurse there, has family roots in the community dating back more than a century.
“I’ve been told multiple times that’s what I get for (choosing) to live in rural Nevada and that really upsets me, because that isn’t the choice I made. I was born in a hospital and I had a hospital my entire life up until two years ago,” she said. Jessica Thompson, registered nurse
In 2015, the town’s only hospital, Nye Regional Medical Center, closed after years of financial problems. The nearest hospital, Mount Grant General Hospital in Hawthorne, is 104 miles northwest.
Thompson worked at the hospital before it closed. She said the loss of the hospital was devastating, evoking lots of emotion. 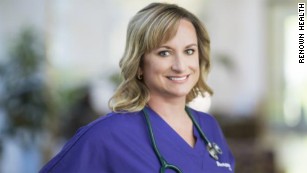 “People angry, people sad, people scared,” she said. “You know the fear of, ‘Will I make it to another facility if something bad happens?’ “
Irene Carlyle said she and her husband moved from Los Angeles in 2005, hoping to stay in Tonopah. But now she doesn’t know if that will happen.
“We’re both on Medicare,” she said. “I said (to my husband), ‘You know, at some point, we’re going to have to move.’ It’s going to come. I mean at some point you get sick.”
Last year, the nonprofit Renown Medical Group began leasing space to provide primary care services, but for now, there are no immediate urgent care options.
Other parts of the country are dealing with similar problems, including pockets of Florida, Texas and New York. 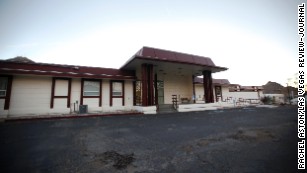 The closed Nye Regional Medical Center is seen on Friday, Nov. 18, 2016, in Tonopah, Nevada.
A report last year by the Henry J. Kaiser Family Foundation predicts that the problem will worsen as more rural hospitals are likely to shut down. This is in part because rural towns are losing population and becoming poorer.
Republican hopes to repeal and replace Obamacare could make the problem much worse, experts say, if millions of American lose their health insurance. That would put even more pressure on rural hospitals.
Some in Congress have proposed efforts to try to save rural hospitals. A bipartisan group of senators led by Iowa Republican Charles Grassley introduced a bill that would change Medicare rules to allow rural hospitals to have an emergency room and outpatient care, without the need for hospital beds.
“A car accident or a heart attack is dangerous under the best of circumstances, but it’s a lot more dangerous for someone who’s far away from an emergency room,” Grassley said. “When a rural hospital closes, its emergency room closes with it.”
Join the conversation
Thompson, the nurse in Tonopah, believes something needs to be done.
“There’s a lot of people out in the rural community who feel like they’ve been forgotten,” she said.